A letter from Hilda Mbabazi, our sports coordinator in Uganda

A letter from Hilda Mbabazi, our sports coordinator in Uganda

“As Uganda battles to combat the disease, health has taken priority over education”

We first heard about the Coronavirus officially known as COVID-19 starting in China around December 2019. It was a new disease and we had no idea what it was all about, in terms of causes, symptoms and cures.

Around January, our focus shifted from the virus to communities in the eastern part of Uganda that were being ravaged by landslides and floods that were destroying homes, infrastructure and crops, causing food shortages and exposing communities to disease outbreaks. The situation was worsened later by a swarm of desert locusts that had crossed from Kenya and were destroying crops and everything green. Meanwhile, the disease was spreading very fast and before we knew it, the World Health Organisation had declared it a highly transmissible disease and had called on all countries to take precautionary measures to forestall infection and spread of the disease whose cure was still far fetched.

As cases of Corona kept on increasing worldwide, more decisive measures were taken. Support systems have been put in place to cater for the vulnerable people who depend on their daily income for survival especially the city dwellers who do not grow their own food. Many companies, NGOs and individuals have come out to contribute towards sustainability of the vulnerable and to support the Ministry of Health to combat the disease. The government has been issuing more guidance in the course of the lock down to ensure maximum safety for its citizens.

Impact of Coronavirus on our schools in Uganda:

As the country battles to combat the disease, health has taken priority over education. It is now two months ago since the schools were closed. This has translated to a huge loss in learning time for the students. Rural schools will be more affected compared to urban schools that have made arrangements for distance learning for their learners. This will definitely create inequalities in access to quality education and will affect their schooling and careers in the years to come. In case it takes long for the schools to reopen, the number of learners that cannot access classroom lessons will increase and the country will register more “school drop outs“ than ever before. This will eventually
lead to vandalism and early marriages. Illiteracy levels will rise which will affect the country’s development in years to come.

When the schools will reopen, learning time has been planned to be longer and holidays shorter. This means the students will be put on pressure to compensate for the time lost. This may cause stress for the learners as well as teachers and may also cause anxiety or depression among the learners.

Huge costs that do not translate to learning will become a big burden on the education sector for example salaries for teachers and other items that had already been purchased by schools. In addition, due to heavy spending on the health care system, the budget for education sector could be slashed which may lead to more deterioration of education quality.

Due to closure of businesses and restrictions on movement, there will be a decline in household incomes and many families will sink into poverty. It will be difficult for such families to cater for the basic needs of their families like food, education and health.

Due to the lock down, there are many people who cannot access health care facilities due to limited means of transport. Mostly affected are children and pregnant women. This will force people to resort to herbalists and traditional birth attendants that have not been certified to operate and may result into deaths that would otherwise could have been prevented.

All in all, life is more precious than anything else. We shall wait for more information from the authorities and its only then that we shall be able to plan better for the next activities and we hope that soon things will bounce back to normal. Let us continue to pray for one another, remain vigilant and adhere to the regulations put in place to combat the disease and soon our countries will be declared safe from the virus and our work will be back on track.

*Important to note is that all 281 cases that Uganda has registered by 28 th May, were not from
within our communities. 69 patients (28 th May) have so far recovered and discharged.

Join for Joy changes the future of boys through empowerment 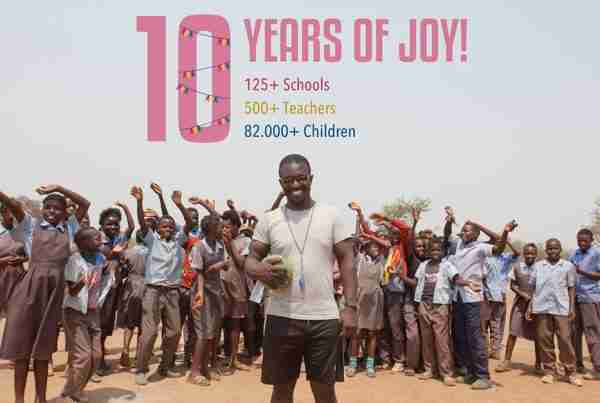 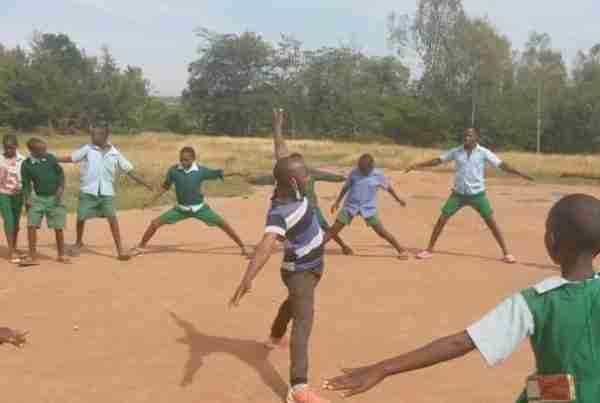 Top performer of the month

We use the power of JOY
to change children’s lives.